Skip to content
Share on Facebook Tweet (Share on Twitter) Share on Linkedin Share on Google+ Pin it (Share on Pinterest)
“The greatest inequality is to treat everyone equally” – this principle described by Ken Blanchard in the book The One Minute Manager well characterizes an error commonly committed in both management and sales. Salespeople often work systematically, approaching each customer in the same way. They know several sales and persuasion techniques and stubbornly apply them to all clients, forgetting that each customer is different.

The best salespeople understand that sales are primarily a psychological game between the salesperson and the customer, and that the trick is to use such tools to achieve your goal, that is, to sell. We differ from each other as people, meaning that we make decisions differently, we have different temperaments, we approach problems in a different way and we also purchase differently. The winner is the salesperson who can recognize the customer’s personality type and on that basis choose how to present the product, how to build relationships, and how to influence purchasing decisions.

People’s differing personalities result from the education, experience, environment, situations, and events they’ve experienced in their lives. All these elements shape the character of a person and determine who they are. At the turn of the 5th and 4th centuries BC, Hippocrates distinguished four types of temperament: choleric, sanguine, phlegmatic, and melancholic. In the early 20th century, on the basis of Hippocrates’ typology, Carl Gustaw Jung described psychological concepts such as extraversion, introversion, neuroticism and emotional balance. The majority of customer typologies emerged from the personality characteristics he defined.

The lion knows exactly what he wants, and strives for it. He is relentless and persistent, but also explosive and impulsive. He is his own greatest authority, and he knows best what’s good for him, so don’t try to convince him that he’s wrong. The lion will gladly do battle with you, even verbally, and if he determines that you’re not a worthy opponent, or even worse, that you’re better than him, he’ll quickly be on his way. He doesn’t like to lose, but he likes being wrong even less.

How can you recognize a lion?

You’ll recognize him when he pops by your shop in a red sports car, parked right by the door – not necessarily in a parking space, mind you, as the lion is free and only thinks about himself. He comes in the door wearing striking shoes and a bold jacket, with a designer watch on his wrist. Slamming the door, he turns to his audience and says: “I’m looking for the best laptop you’ve got. 15 inch screen, a 4 core processor, metallic casing, and at least 1 terabyte of storage. Have you got something like that?” He’s confident and determined to make a purchase, provided that you give him exactly what he came for.

When confronted with a lion, you have two options: to recognize his superiority and thereby win his sympathy, or to lose the game regardless of the result, as the lion will lose his desire to purchase from someone who doesn’t recognize his size and who forces him to show his claws. The lion will be happy to hear compliments about himself, especially those regarding his purchasing decisions. He’ll gladly buy from you if you tell him: “I can see that you have great taste and are quite familiar with what’s in fashion this season.”

Leo doesn’t like talking about just anything, his time is precious and he devotes it to achieving his goals, not idle chatter. Serve him efficiently, give him what he came for without striking up an overly casual relationship, unless he initiates it himself. The lion buys only when he is convinced of the rightness of his choice. The opinion of the salesperson is of little importance to him. Narrate, confirm his ideal choice, don’t try to prove him wrong, and appreciate his motives, and you’ll find yourself selling more than you think.

The second type of client is also extroverted, yet unlike the lion likes to chat and appreciates a close trust-based relationship and a positive atmosphere accompanying his purchases. People are the most important to him, always more important than numbers. He is very open and communicative. He builds relationships and can influence others. He’s a natural leader, often finding himself in large groups of people and preferring the company of others, rather than spending lonely evenings in front of the TV.

How can you recognize an otter

You’ll recognize him when he comes to buy a TV and explains that he’s buying it for his daughter, who is going to study this year, and who likes to watch TV series, so he wants to buy her a solid unit. You’ll also learn that his daughter is very talented and got very high marks in her last year of high school. As long as you listen with interest and don’t interrupt, he’ll continue to talk about things you have no idea about, but that doesn’t matter. What counts is that after 40 minutes, after building a relationship and learning quite a lot about each other, your families, your workplace and your values, the Otter will buy everything from you.

This type of client makes purchasing decisions based on his relationship with the salesperson. Product features and technical data are of insignificant importance, what counts is how the customer feels with you, whether he trusts you and sees you as an adviser, and whether you’ve managed to convince him that you want what’s good for him.

He feels secure when he’s convinced that the salesperson is on his side and wants what’s best for him. When the salesperson listens attentively, nodding their head in agreement, the otter will tear down all the walls that stopped him from purchasing just a moment ago. He doesn’t like details, but willingly listens to stories. It’s important for him that the product or service helps him achieve his dreams and goals. With the otter, it’s best to use social proof such as: “Most of our customers choose this package because it offers the best value for money.” If you throw in a discount or freebie in hope of fruitful future cooperation, you can count on undying gratitude and a quick reach for the wallet.

He doesn’t like risk or change and is reluctant to make decisions, which is why the salesperson plays a huge role in this relationship. The salesperson often has to choose for the client, as a phlegmatic doesn’t know what he wants, but knows what he doesn’t want, as he’s repeatedly made the wrong choices.

How can you recognize a dog

If the client has two products to choose from, spends twenty minutes thinking about it, and still doesn’t know what to decide, you’re most likely dealing with a phlegmatic. The most important thing for him is a sense of security, stability, and comfort – that’s why it’s difficult to make decisions, because there’s always a risk that his choice will turn out to be wrong. That would bring him a great deal of unpleasantness, something he tries to avoid at all costs.

The phlegmatic values a positive relationship with the salesperson based on consultation and demonstration of the advantages and disadvantages of solutions. He eagerly listens to data, numbers, and statistics, because such information gives him a relative sense of security and makes it easier for him to make purchasing decisions. The phlegmatic is timid and reticent, and it’s difficult for him to build relationships, which is why he listens more willingly and wants to see the salesperson as an ally who can help him make the choice he’s afraid of. He is conservative and pragmatic, so use words such as:

When selling, remember that every decision is stressful for the dog, so try to make it as easy as possible, for example by giving him a long time to think about it. Ensure him of the full warranty, post-purchase support, and the ability to contact you for any reason. Also point out that the product sold is appreciated by other customers and is chosen for its durability, quality, and safety. Be aware that the phlegmatic doesn’t like to pay a lot, because smart management is important to him. Take care of his psychological comfort, and he’ll pay for your service, albeit with a heavy heart.

A superb analyst, professional and perfectionist, the beaver is guided by pure logic, basing his judgments on facts and figures, almost not seeing people at all. He doesn’t tolerate loose chatter, which gives him goose bumps. He’s wary and vigilant and always thinks you’re trying to trick him, so you have to stay on your guard. He’s like a cobra watching you constantly – if he notices any inconsistency, he’ll mercilessly point it out and demand explanations.

How can you recognize a beaver

Before coming to the store, the beaver will search internet forums, read reviews, and compare prices in the largest online stores. He’ll check dozens of descriptions, learn technical data by heart, and print out the specifications of various models and bring them with him. He’ll then ask you some control questions to check if you’re the right partner for the interview. If it turns out that you aren’t an absolute expert in what you’re selling, you won’t be doing business with him. He expects professionalism at the highest level. He wants to have the feeling that he’s talking to someone who knows more about the service than he.

When dealing with the beaver you have to be an expert – someone who can wake up in the middle of the night and remember exactly how many kilowatts of electricity a particular refrigerator consumes in a month. The beaver loves data and numbers, which is why he’s very happy to sink into the technical specifications, getting exactly what he needs from a sequence of letters and numbers. He is a great analyst and makes decisions based on data, not whether he likes you or not. If you are a professional, you’ll do business with him, even if he doesn’t like you very much. He’s thrifty, but he knows that you have to pay for quality, which he’ll gladly do – if you prove to him that he should. Be honest with him from beginning to end, don’t sugar coat anything, and don’t be too chatty. Speak only about the key aspects of the product. Strengthen your authority by speaking about your experience, career, and references. Show your reputation and professionalism and you’ll certainly gain recognition in his eyes. Be a worthy conversation partner who knows what he’s doing and you’ll sell the beaver anything, regardless of price. 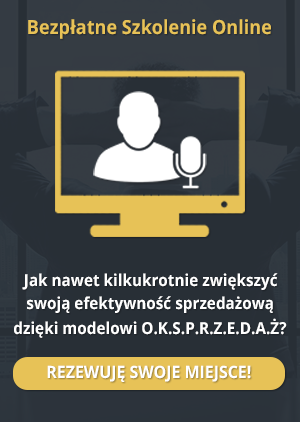